We’ll take the raise and a real voice on the job!

This morning at VELVET, management announced a 4% pay increase for Delta employees, effective May 1. They chose to tell a small group so the rumors could start to fly ahead of the company-wide announcement that came moments ago.

We’ll take the raise and a real voice on the job!

Is this in response to our campaign or the pilots picketing last week? Likely these things both contributed as part of an effort to divide Delta workers who are organizing to make Delta a better place to work.

We’re organizing for more. We don’t just want pay on a schedule management controls. If Delta’s the best, we want to negotiate for the best and have legal standing for a voice at work every day.

No more crews stranded in airports, unable to get a hotel and unable to reach scheduling. We want a voice and back up in real time on the job. We want a paycheck schedule and system that doesn’t eliminate our flexibility. We want to lock in a comprehensive sick leave policy and real financial support when we’re sick. We want due process and job security. We want to be a part of ensuring new uniforms are safe, functional, and make us feel good with the way we present. We want to lock in a comprehensive commuter policy. And so much more… 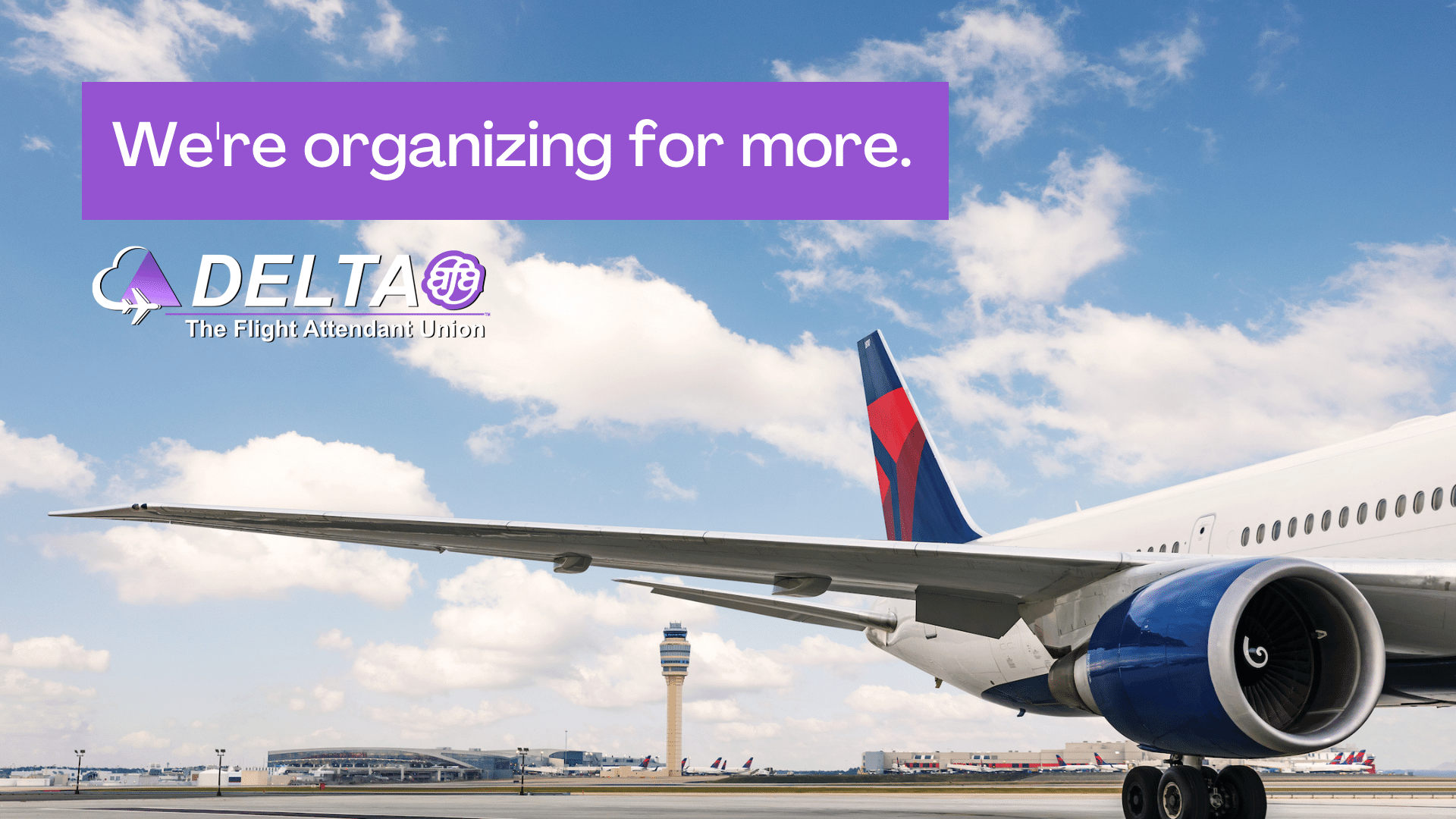 As long as Delta Flight Attendants are without a contract, like management at Delta has for themselves, promises can change and our ability to move our careers forward will not reach its full potential. Remember 2016 when management unilaterally changed the profit sharing formula? The Delta pilots and their union contract held the line and we were able to get it back. But, we can’t always count on the pilots because their priorities won’t always be the same as ours.

Just last week, we said management wouldn’t give raises “until they have to—when other unionized Flight Attendant work groups increase the pay scale or to try to blunt our organizing by trotting out the same unbinding promise that Delta will ‘take care of us’ in order to dissuade us from locking in our collective bargaining rights with our union.”

Over the last two years, management has shown us they will only give as much as they think they have to. We won’t be fooled.

We’re organizing to build our Flight Attendant union so we have control and know what to count on for our collective future—sign a card, then sign up to help secure our union.