Management, please stop asking us to work for free

Remember those hidden costs and missed compensation for us at Delta?

On May 7th, Delta management sent out a communication asking for volunteers to work the ATL Sky Lounge for free.
Flight Attendants create value for Delta through our work. We deserve to be compensated for our time and energy, not expected to volunteer for work that brings the airline value.
To add insult to injury, once word got out to the press and the public began to criticize the request, management went into spin mode. Five days after the original request went to all ATL-based employees, they sent a “correction,” claiming this was part of the “Peach Corps,” even though the term isn’t mentioned in the email, and that they were only management they were asking salaried HQ staff to volunteer.
Join us to make positive change at Delta. Get involved with our Delta AFA campaign > 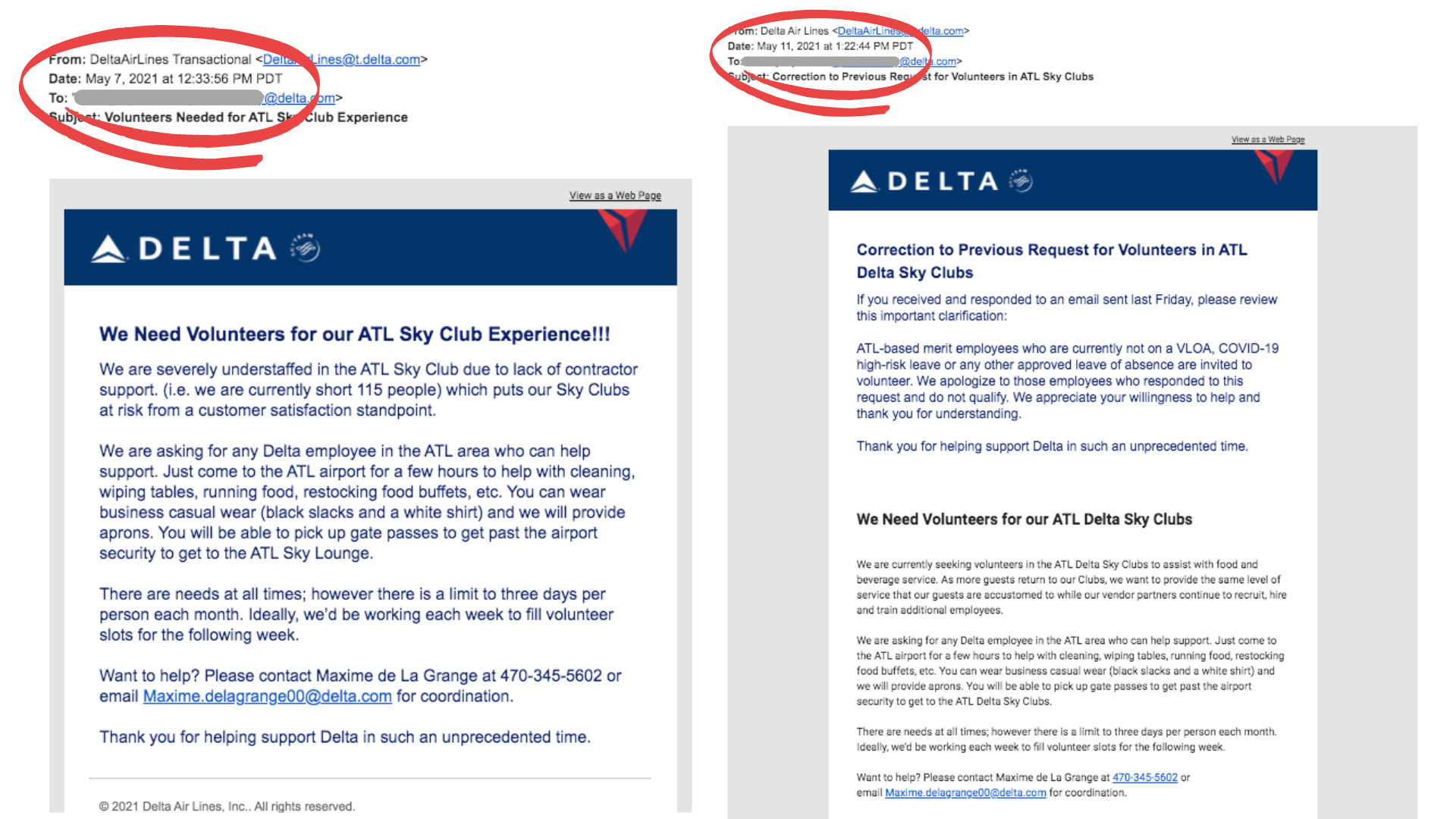 Delta Flight Attendants and other hourly employees have made tremendous sacrifices over the last 16 months to keep the airline flying. There are still thousands of Delta Flight Attendants and other employees who are not working full schedules or are still out on unpaid leave in order to help the airline. But after getting billions of dollars in federal relief money that is designated for us from the government, management wants us to “volunteer” for free—and can’t even own up to it when they’re called out?

Last month Delta Air Lines received $3 billion as part of the third round of the Payroll Support Program from the federal government—money that can only be used to cover pay and benefits for Delta employees. (This is on top of more than $8 billion in payroll grants already received.) Even Delta CEO Ed Bastian has said we’re on the road to recovery and “pretty darn close to break even” this spring. Our planes are filling up, management plans to start hiring pilots, and we’re getting ready for summer flying.

So why is management asking us to “volunteer” to clean lounges unpaid? PSP grants were based on 2019 staffing. Delta has enough money to pay us and to recall any staff who were furloughed from the lounges. We have made sacrifices. Enough is enough.

We’ve made it through the last year together. But in order to fly into the future: we need our Flight Attendant Union and a legally binding contract.