I grew up in a Delta family. My dad worked for the company growing up and I was a non-rev kid, I started in RAMP in 2016, then joined in-flight in 2018.

For the first few years, I felt like Delta took care of us. But then I saw what happens when something goes wrong.

In September, 2019, I was working a short-staffed CDG > JFK flight. We were in the middle of service—just seven of us and no qualified purser serving a full Airbus 330—when the plane hit clear-air turbulence. My knee smashed into the cart, damaging my patella and all the cartilage in my knee.

That’s when I really learned just how little Delta cares about us as people.

Delta fought against providing me with the care recommended by my doctors. Because it was an on the job injury, I had to use Delta’s providers. The specialist told me my knee looked like Swiss cheese, but said “You’re going to need surgery, but they’re not going to approve it until you’ve tried cheaper options first.”

I spent months getting cortisone shots, attending physical therapy, and jumping through hoops for Delta before my surgery was finally approved. And still I had to fight to see my preferred surgeon even though he was on the list for workman’s comp providers.

In the end, I needed a cartilage transplant in my knee. I had been walking on a bad leg for so long, they had to move my tibia back into place during the surgery.

All told, I had to have three procedures on my knee for an injury I suffered on the job, and I had to fight Delta for the care their own doctors recommended at every step of the way.

While out on OJI, I felt isolated and alone. But that isolation disappeared as soon as I signed my card and joined our campaign.

I found solidarity in our campaign and community that extended beyond just support for my struggles with HR.

The activists and organizers supported each other and created space for all of us. During the summer of 2020 after the murders of Brianna Taylor and George Floyd, the campaign became a place I could talk about my experiences with racism—at work and in our broader society. We had challenging conversations and found new strength together.

I believe that we can make Delta a place where we’re all taken care of, and where we have the tools to hold management accountable to take care of us. Join me. Sign a card, then join our campaign to make Delta the best place to work in aviation. 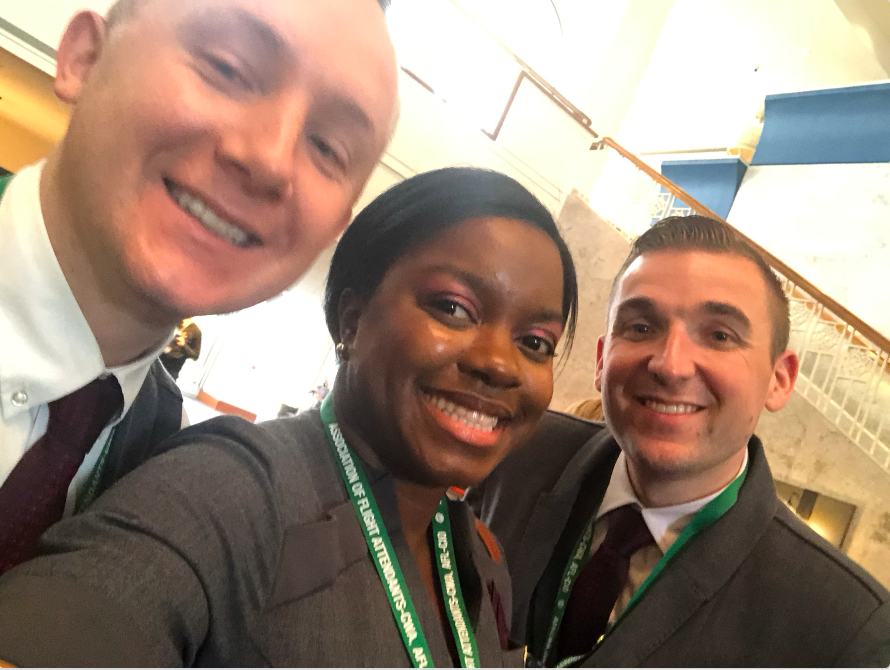